September 5, 2018 Defending the Cause: A Warriors Heart 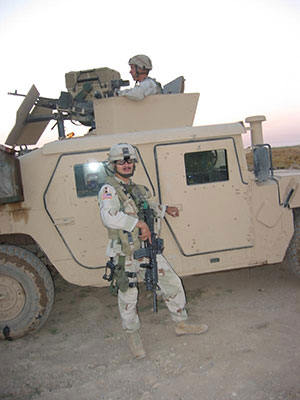 Not all wars are fought in foreign lands.

Jon Steinmann joined the US Army and requested to be a Medic because he wanted to help people. This desire put Jon to the test when he was called to combat duty in Iraq where he worked tirelessly to keep US Soldiers alive. It is impossible to explain the horrors of war to those who have not experienced it, let alone the extra hardship of being a combat medic. If you ask Jon for stories of either he will only respond:

“It was rough. We tried to explain to the younger guys what to watch for, to educate them, but until you’re in it none of that information really sticks. So you protect them, fight alongside them and ultimately pray you can heal them if it comes to that.”

This warrior’s story doesn’t end here. When he retired from the Army Jon returned to Vancouver, Washington and set about his civilian life. His home church, 6:8 Church, introduced him to Fathers in the Field.

Now he serves in the war here at home:  the war against the family.

Jon is a Mentor Father to Malakhi, an energetic 8 year old.

“I want the same thing for Khi that I wanted for my men: to know I have his back and to help him heal. This boy will never know his father, but I want to make sure he knows his Heavenly Father. He is wounded because his father is absent and I know that this wound is healed through forgiveness. I want to be there to help him learn to forgive his father, to flush that wound out so it won’t kill him. In the Army you see so many father wounds that never get healed and the trail of destruction that is left behind. I want better for my Field Buddy.”

It’s men like Jon who make our country great; men who are willing to risk their lives for the safety and wellbeing of others. 50% of the boys in our country are growing up without their biological father in the home. The man God charged with providing for and protecting them is gone and only the hurt of that abandonment remains. Our country is at war for the hearts of these children and we are losing. 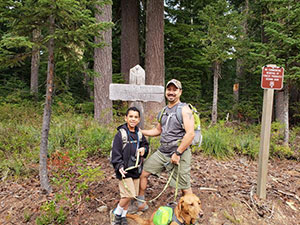 Do not be fooled, the results of fatherlessness will destroy us.

So I am issuing a call to all Christians to be God’s warriors. Imitate men like Jon and step intentionally into the lives of the fatherless. Be bold in this war! The time for action is on us and if we do not rise to the occasion everything our soldiers have fought and died for will be swept away.

I look forward to serving with you.