September 1, 2017 Defending the Cause: Experiencing the Love of Our Heavenly Father

It is impossible for a woman to teach a boy to be a man.

Karlin grew up in a Christian home, hearing about the love of God through Jesus, but the pull of the world was stronger and she walked away from the faith. Years later when her son Malakhi was born she understood the sacrifice of our Heavenly Father by giving His only Son. Her heart was moved back towards the faith of her youth, but to her great sadness it was as a single mother. She was alone in raising this precious boy and knew as a woman she would not be able to fill the role of a father in his life.

As Malakhi grew, he began to ask about his father and her heart broke as she saw him struggle towards manhood, even as young as he was. So Karlin worked hard to find outlets for him that would put Godly men in his life. It was in this search that she came across Fathers in the Field. While waiting for a Christian counseling appointment she was given a list of local ministries and when she saw that there was a ministry that was directed at fatherless boys she praised God for His blessing.

On arriving back home Karlin got on the Fathers in the Field website and devoured every bit of information. She read how the ministry works through local churches, giving them the tools they need to matter greatly in the life of a fatherless boy. The church would put a Mentor Father in her son’s life for one on one mentoring and this relationships goal would be to help Malakhi heal from the wounds of being fatherless. She saw a ministry which had men leading fatherless boys into manhood, all the while sharing the love of our Heavenly Father. On reading the testimonies of people blessed by this intentional ministry across the country she knew this was exactly what Malakhi needed!

Through the website Karlin emailed me to ask if there was a church in Vancouver, WA. I connected Karlin to our Western Regional Missionary who connected her to 6:8 Church. Russ Manning the Church Champion contacted Karlin to begin the process of getting Malakhi a Mentor Father.

Mentor Father Jon Steinmann was the perfect fit for Malakhi as he is a strong leader and a Christian man whose desire is to see Malakhi heal from his wounds of abandonment.  “Jon is the Christian male influence my heart longed for Malakhi to have. When Malakhi knows Jon is coming he gets excited, he can’t wait to go and do manly things. He is becoming a better-rounded person who is able to express his emotions and needs in healthier ways than he could before. But the greatest gift is watching his relationship with God getting deeper because of Jon’s influence. ” 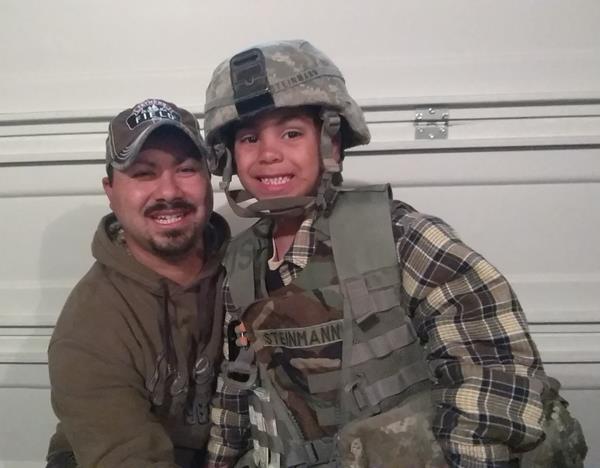 “Fathers in the Field is the most incredible ministry! My heart is that single moms will realize that the benefits of this ministry is not just their son, but for the entire family.” Where the Mentor Father commits to caring for the fatherless boy, the local church commits to caring for the single mom and the rest of the family. “It’s an amazing feeling to know that my son is not just out having a good time, but that he is safe and learning about his Heavenly Father while at the same time seeing how a Christian man is to live. The desire of my heart is to make sure every single mom I meet knows about the blessings of this life changing ministry.”

“There are so many single moms whose boys have no man intentionally invested in their life like the Mentor Fathers that Churches engaged with Fathers in the Field provide. This ministry has been a life line – as a woman I cannot relate to what he experiences or lead him into manhood, this ministry has been invaluable. Your son is not just connecting with a guy, but a godly man who will help him see the love of his Heavenly Father first hand.”

Love is action! The need has never been greater for fatherless boys to experience the love of their Heavenly Father.

Your help is vital to our efforts, contact me today.