February 4, 2016 Defending the Cause: Forging the Bonds of Manhood 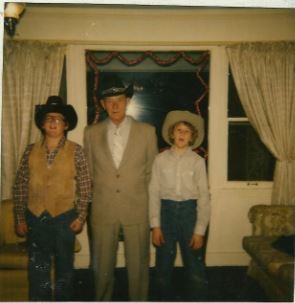 The world of fatherless boys is too often filled with uncertainty and instability. When their father abandons them, their mothers have to work twice as hard to provide for the family. The pressure is often too much for the family and it ruptures into further chaos. Chris Higgs’ family was headed into chaos when his grandparents took him in. His grandfather, affectionately known as “Peep,” stepped into this chaos and became the pillar of manhood that was missing.

Peep modeled for Chris what it meant to be a Christian man. They attended church regularly so that Chris would come to understand the love of his Heavenly Father and the sacrificial love of God in Christ Jesus. He then modeled that same self-sacrificial love in everything he did. Peep worked hard every day to put food on the table, but always made time for Chris. They hunted together; worked around the house together; lived life together. Peep’s love was never absent in Chris’s life, because he was intentional in how he spent his time with Chris. This time developed a man-to-man relationship that forged the bonds of manhood in Chris. Peep’s sacrifices made Chris into the man God designed him to be.

Several years ago Chris learned that he was adopted. The man he believed to be his biological father wasn’t, which meant that Peep wasn’t his biological grandfather. This fact made Peep’s sacrifices all the more amazing to Chris. This man, who could easily have had no part in Chris’s life, chose to step up and love a boy in need. Peep intentionally chose to honor his Heavenly Father by caring for a fatherless boy in need of a Godly example of manhood. Chris is reminded daily of the importance of Peep’s sacrifice when he goes to work at the Mississippi Corrections Facility, where more than ninety percent of the inmates grew up without their father in the home. The realization that he could have ended up on the other side of the bars was one of many factors that led Chris to become the Church Champion for First Baptist Church in Bude, Mississippi. As Church Champion, Chris helps keep the needs of the fatherless before his congregation. Chris tells them about Peep and shows them how they too can matter greatly in the life of a fatherless boy.

Where Chris had Peep to forge the bonds of manhood, there are millions of boys in our country who have no man to stand in the gap for them. They live each day filled with fear, anger, depression and a host of other emotions because their earthly father threw them away as if they were a piece of garbage. These boys will struggle to enter manhood, with more than eighty-five percent of them turning to crime and standing before a judge. Fathers in the Field works tirelessly to help churches across the country raise up Christian Mentor Fathers from their congregations to stand in the gap for these boys. Godly men willingly step into the chaos of a fatherless boy’s life to mentor them one-on-one in life skills, forging the bonds of manhood. Men who commit to taking these boys to Church twice a month that they might learn of their Heavenly Father’s love for them. Who serve once per month caring for widows in the church that the boy might learn the blessing of sacrificing for others. These same men take these boys into the great outdoors, God’s classroom, teaching them through outdoor activities. By sharing a Christian understanding of our Heavenly Father’s love and sacrifice for His children, these men help fatherless boys become the men God designed them to be. 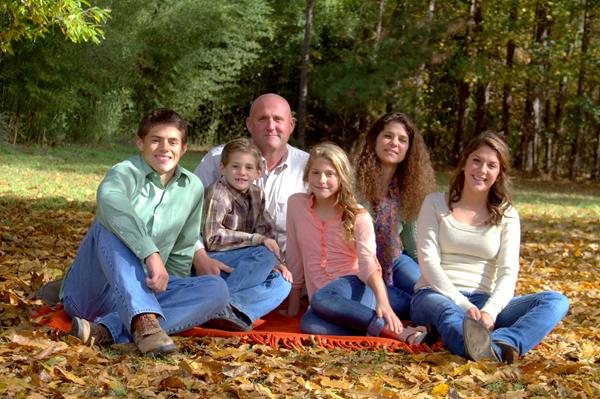 Chris’s plea to the men of his church is the same he makes to all men: “Here is your chance to help a boy know that he is loved by his Heavenly Father. To obey the command of Christ to pick up your cross daily and bear the burdens of those in need, as Christ did for you. Most of these kids have been lied to and experienced countless broken promises. They need to have men model commitment, demonstrate Christ like love, and care for them as if they were family. They need you to sacrifice your selfishness and lead them into manhood.”

Fathers in the Field is designed to give men the tools they need to matter greatly in the life of a fatherless boy. Is God calling you to be a Mentor Father? Maybe you are being called to champion the cause for your local church? Contact us today to help change the life of the fatherless boys near you.