July 27, 2016 Defending the Cause: Leading the Next Generation of Americans 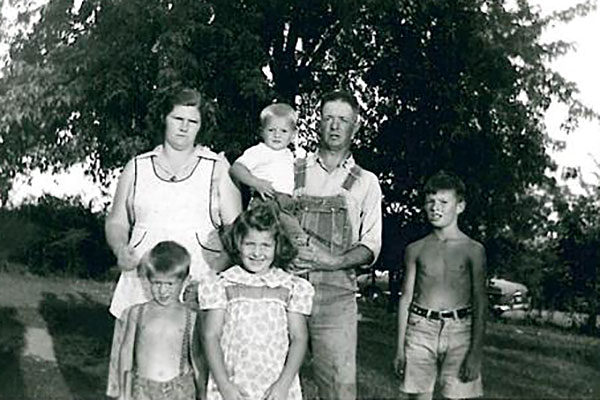 “The at-risk segment of the next generation is growing and in need of our Industry’s immediate attention. We’re involved in other legacy outreach efforts, but this area of outreach is critical to address, given the changing societal demographics.” Larry Potterfield, Founder and CEO of Midway USA.

As Larry puts it, there were no silver spoons in the Potterfield family when he came into the world back in the winter of 1949. No electricity in their small farm house and no running water or flush toilets until 1965. But growing up as a poor country kid in rural Marion County, Missouri wasn’t all bad. Larry, one of six children, was fortunate enough to have a loving father and mother who lived their lives as examples of the values they taught their children.

Larry’s father was mild mannered, modest and reverent, and got along well with everyone, including his parents, brothers and sisters – and of course with his wife, Larry’s mother. His value system was unquestioned in the community; not because he made a big deal about it, but because that’s the way he lived his life.

Growing up with a father that loved the outdoors, Larry was afforded opportunities like hunting, fishing, trapping, cutting wood, picking berries, mushroom hunting, working in both the garden and with his father’s honey bees – all outside activities. If you were to ask Larry why he is so interested in hunting and fishing, his answer would be simple: “Dad taught me to hunt and fish, when I was just a kid; and I’ve been doing it ever since.” He’s taught his kids to hunt and fish and they in turn are teaching theirs. You might even say it’s part of their DNA. 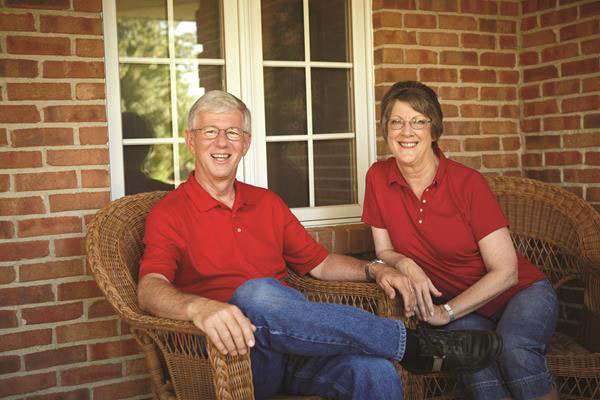 Having a positive and influential father had a profound impact on Larry, making it easy for him to see the great need to raise awareness, and to inspire mentors to engage with left behind and at-risk boys who aren’t as fortunate to have a father.

The US Census Bureau notes that there are more than 25 million children growing up without their biological father in the home, with the number growing by nearly 450,000 each year. A majority of the 12.5 million boys will never learn even basic outdoor skills, let alone be taught the values of honor and integrity. Both coming from a country/outdoors background, Larry and Brenda get much of their enjoyment in life from the outdoors and they want to help provide that same opportunity for all, regardless of a child’s current conditions. They believe that involvement in the outdoors is a great way to build self-confidence, to learn about life and the beauty of nature.

The Potterfields’ visionary leadership is second to none. They lead the outdoor sporting goods industry in traditional giving to youth programs such as their Youth Wildlife Conservation Experience program, the Scholastic Clay Target Program and many other MidwayUSA Foundation initiatives. Through continuous improvement efforts, it became apparent that at-risk children still weren’t receiving proper attention. “The at-risk segment of the next generation is growing and in need of our Industry’s immediate attention,” said Larry. “We’re involved in other legacy outreach efforts, but this area of outreach is critical to address, given the changing societal demographics.” To reach these kids, they launched an aggressive $1,000,000 Grant Challenge to the Shooting, Hunting and Outdoor Industry with the sole goal of supporting the mission of Fathers in the Field over the next 10 years. 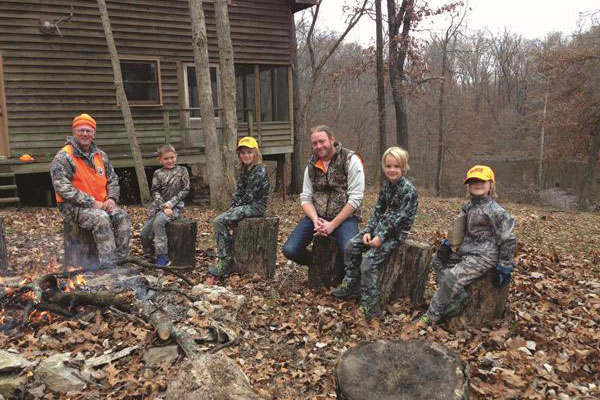 The Potterfields understood their grant would be more powerful if they could harness the collective power of the Industry to help. Calling on other outdoor sporting goods industry companies to partner with them and Fathers in the Field, the Potterfields rallied 10 Industry Companies to pledge $100,000 apiece, meeting the grant challenge and doubling the raised funds to $2,000,000 to help FitF reach more at-risk children, introducing them to the outdoors and to help heal their fatherless wound. Mentors focus on:

The Potterfields are asking you to join them today in supporting the mission of Fathers in the Field. Contact the ministry now to find out about financially supporting the ministry, helping your church get started, becoming a Mentor Father or finding help for your son. It takes all of us to change the lives of these boys.