September 9, 2015 Defending the Cause: Standing in the Gap 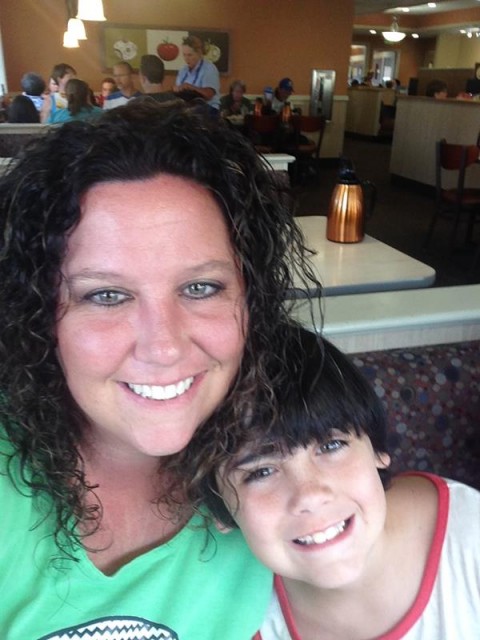 “Go therefore and make disciples of all nations, baptizing them in the name of the Father and of the Son and of the Holy Spirit, teaching them to observe all that I have commanded you. And behold, I am with you always, to the end of the age.” Matthew 28:19-20 (ESV)

Courtney Stewart’s life has been anything but easy. Yet nothing prepared her for the difficulty of being a single mother.

Parenting is a difficult task. There are lots of gray areas and the game changes daily as your children grow. For married parents, there is another adult to talk things out with, and to share the burden of making tough decisions. For single mothers they bear the weight of all of those tough calls alone. The emotional, financial, and spiritual burden this creates can wear a mom down in a hurry. As their children grow the burdens of being a single mother grow too, creating a gap between the things that need to be accomplished and those she feels qualified to accomplish. Over the course of time they find themselves on one side of a gap and their children on the other side.

This gap between mother and child consists of the unknown needs of boys. As a woman she cannot understand the boy’s need to have a man be his hero.

The need to be taught how to build fences, fix plumbing problems, work on cars, and a myriad of other things fathers teach their sons. Even beyond that a boy has the need to learn how to enter manhood and what it means to live a life of integrity. As the boy grows the yearning for these things grows too, slowly creating a gap between himself and his mother. Often times the first sign of this gap is when the boy asks his mother about his father.

Christopher is no exception he asks about his dad a lot because he has only seen him three times in the past nine years. He blames himself for his father’s absence, after all, his father is supposed to be his hero so surely the problem lies with him.

Prior to entering Fathers in the Field, he had never had an example of what it meant to be a man. This lack of interaction with men created trust issues for both Christopher and Courtney. While he struggled with trusting men to honor their promises, she struggled with letting him go places with other people, especially strangers. She questioned what situations were safe and what people were safe enough to trust with her most treasured possession?

When her co-worker Jeff told her that his church had a ministry called Fathers in the Field she was curious, but tentative. Jeff described the ministry to her, but it was in the single mother interview that eased her concerns. The single mother interview is an opportunity for the single mother to sit down with the Church Champion and one or two people from the leadership of the church and discuss Fathers in the Field and how it will positively impact her son. The people at Fairview Baptist made her feel really comfortable about every aspect of the ministry. Courtney was able to ask questions, share her concerns and ultimately to see the blessing this ministry would be to Christopher. 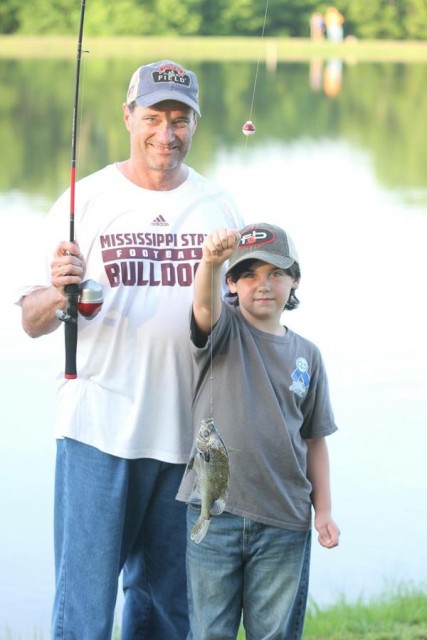 Similarly Christopher was excited about the possibility of having a man in his life to lead, teach and spend time with him. As far as Courtney is concerned his Mentor Father, Mike Lum, is the perfect fit for Christopher.

She commented, “I am super grateful for Mike. I see the care he shows Christopher. Mike uniquely understands the adventurous nature of boys. On top of that he models what it means to be consistent and to honor your word. There are a lot of things a mother cannot do, that only a male mentor can do.” Mike heard the call of our Heavenly Father to champion the cause of the fatherless and has stepped into the gap for Christopher.

Mike has committed to four intentional times per month to get together with Christopher, but the impact during the rest of the month is seen by Courtney. She sees her son excited on Saturday night because he knows that his Mentor Father is coming for him the next day. He knows the days Mike has promised to take him to serve widows in the church and when they are doing their Journey Talks. Additionally Mike drives 20 miles one way to get Christopher, which serves as a quiet message to him about his value. Christopher knows he has value to Mike, not just because the man honors his word, but because he travels such a great distance to do it.

The impact of the Church on Christopher is also seen at home. Christopher loves church and when he comes home he shares everything he learned with Courtney. The church body is a welcoming and inviting place for Christopher, a place he feels a part of, a place where he belongs. Fairview Baptist Church in Columbus Mississippi teaches him about his Heavenly Father and how he can have a saving relationship through Jesus Christ. They are a church that demonstrates the love of God in both word and deed, which is impacting Christopher. Courtney said she “loves the structure, the ministry provides through the church. Christopher needs the structure and is excited for the time with his Mentor Father.”

Courtney pointed out, “My kids went through a lot. Fathers in the Field has given Christopher a consistent man that he can depend on and who is leading him to a relationship with God through Christ. This isn’t just about doing fun things. It’s about learning about God, helping other people and his understanding that his father being gone is not his fault. There are so many godly men in this ministry that are willing to stand in the gap of a boy’s life and show them what it means to be a godly man.”

Her message to those of you reading this is, “Being a Mentor Father is the most selfless thing you can do. The opportunity to show a fatherless boy that they are loved and that they are worth giving time to. Time is so important to a child and the willingness to give that is priceless. It’s worth more than anything they can buy.”

What about you? Will you stand in the gap of a fatherless boy and defend the cause of the fatherless? Contact us today about becoming a Mentor Father, Church Champion, to help us start this life changing ministry in your church or to come alongside the ministry financially.