August 10, 2015 Defending the Cause: The Anxiety of Being Fatherless 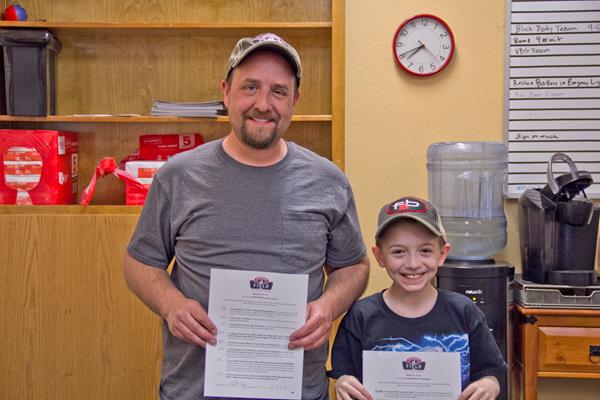 “Religion that God our Father accepts as pure and faultless is this: to look after orphans and widows in their distress and to keep oneself from being polluted by the world.” James 1:27 (NIV)

Growing up without a father will be the hardest part of life for a fatherless boy. This may sound like an exaggerated statement, but the void left by the abandonment or loss of a father affects every aspect of life. Boys abandoned prior to birth or at a young age grow up not missing their father directly, partially because they don’t know any different. As they grow it is the fear of the unknown that begins to plague them. Unknown things like how will I learn to be a man without a man to guide me? Does not having a father at home make me weird? As the years progress so do the questions: What does this man looks like? What does he do in his free time? Does he ever thinks about the boy? Then the longing for their father sets in; they begin to miss a man who they have no memory of and the fear of the unknown deepens.

Each year they get older the questions became bigger and so does the anxiety. The boy asks himself “Why did he leave? Was I completely unlovable? If I become an amazing kid and he hears about it will he want to be a part of my life? Does he think about me? Does he wonder who I am becoming?” Anxiety increases. His self-esteem starts to slip further and further away. These boys have a hard time trusting anyone. After all, if their own father can leave them so easily, so can anyone else.

Mentor Father Rob knows the reality of this fear, because he sees and hears the effects of it in his Field Buddy Addyson. Addyson’s father left before he was born, he just turned 11 years old this past June. According to his grandmother, who is raising him, the first few years were happy and no one spoke about the missing father. That changed in first grade when his class began making Father’s Day gifts and Addyson realized he had no father to make a gift for. That’s when the questions started. Addyson wanted to know who his dad was, why he wasn’t around, what his dad was like. His grandmother didn’t know the answer to any of those questions and his mother’s answers were vague at best. So every year as June neared, he would ask again, hoping for some new revelation about his father. Asking a question that he knew would never be answered.

Yet this past June was different. This year he had someone to give a Father’s Day gift to, he had a Mentor Father. Rob was working in the garage when Sherri called and asked if Addyson could come over and drop something off. Rob relates the story, “As Addyson came up the drive way, he had an odd expression on his face. He seemed excited, yet uncomfortable at the same time. After we exchanged greetings he pulled out an envelope with my name written on it and handed it to me. I was keenly aware that he was watching my face and not my hands, as if gauging my reaction. It was a Father’s Day card and a magnet picture of him in his soccer uniform. I beamed with delight and then his face lit up too. I expressed my gratitude for the card and gift and remembered his grandma telling me that each year Father’s Day was tough for him. I realized that my presence in his life had actually changed Father’s Day from hurt and confusion to one of purpose.”

This was the second major change in Addyson’s life because of Rob; the first had come in May. 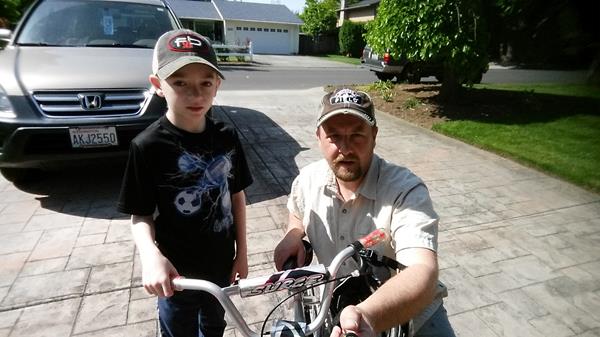 Fathers in the Field beings with a Commitment Signing Ceremony in which the Mentor Father and the Field Buddy both commit to four intentional times per month. Two times going to church, one time serving widows and one time for Journey Talks. It was during this ceremony that Rob was informed that Addyson had never learned to ride a bike, so after their first day of church together, they began their work. The agreement was that Addyson would not stop trying until after he had fallen at least 10 times or mastered balancing and riding. They shook hands and began the work together. Rob said the first few falls were alright, but as the day increased so did Addyson’s frustration. Despite the frustration and struggle the two of them conquered the bike riding. After years of watching his friends ride around on their bikes, Addyson was finally able to ride with them.

For Addyson there will still be questions about his father, there will still be anxiety over why his father abandoned him and has never attempted to contact him. The difference is that now he has a man in his life to lead him, to help him, to guide him and to talk to. Rob acknowledges the long road ahead of them, “We will go forward together. Addyson doesn’t share much of his heart right now, but as we get to know one another he will open up. It takes time and consistency on my part; I need to earn his trust. The blessing is that this Ministry gives me the tools to earn that trust and to start talking about our Heavenly Father. So far our best conversations are about God and His love for us. I am excited to see what the Lord brings us on this journey.”

Knowing the fear of the unknown that plagues these boys is not enough; it requires specific action and intentional care to begin the healing process.

Fathers in the Field is designed to give men the tools they need to matter greatly in the life of a fatherless boy. Is God calling you to be a Mentor Father? Maybe you are being called to champion the cause for your local church? Contact us today to help change the life of the fatherless boys near you. They don’t need to struggle through life alone, you can help!