November 30, 2016 Defending the Cause: The Importance of Photos 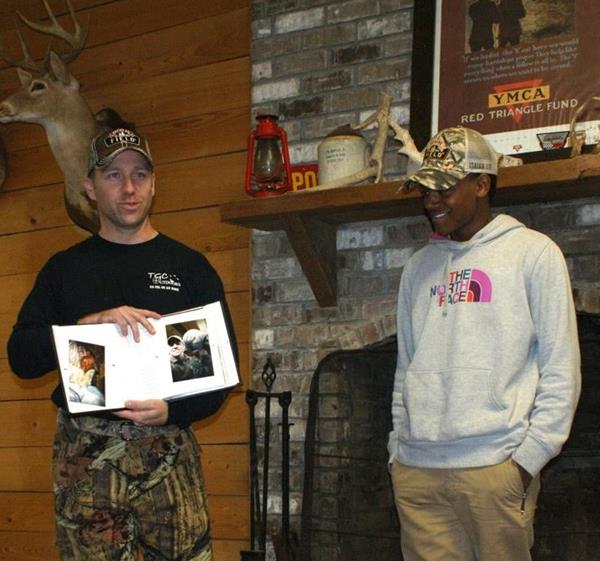 Pictures memories remind us of the good times that got us through the tough times.

Take a trip with Fathers in the Field 20 years into the future. We see a Field Buddy Alumni sitting on his couch, with a small boy leaning in to look at the photo album on his lap.

“Who is that boy in the picture daddy?”

“Who is the man standing next to you? He looks really happy.”

“That’s Jon, my Mentor Father. He was a Christian man who stepped into my life to teach me how to be a man. You would have loved Jon. He was a great fisherman but more importantly he’s the one who taught me about Jesus and helped me learn to heal from my hurts. This whole album is filled with pictures of the time we spent together. As a matter of fact I have 2 other albums just like this, but with pictures of Jon and me as I got older.”

“What hurts did you have daddy?” 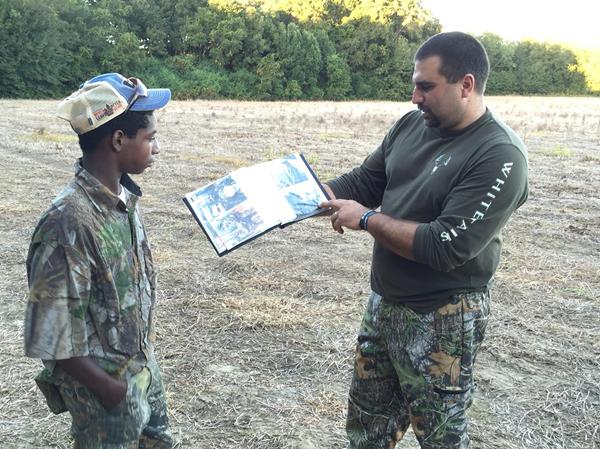 “Well son, my dad left when I was a little younger than you. Your grandma did the best she could to raise me by herself, but inside I was frightened and angry. I thought maybe something was wrong with me and that was why my dad left. Jon helped me to understand that what my dad did was wrong, and that while it was ok and natural to be angry, if I didn’t learn to forgive him my anger would control my life in destructive ways. You know how we talk about God’s love for us and His forgiveness of our sins in Jesus?”

“Jon helped me to understand that in the same way God forgives us our sins in Jesus that I needed to forgive my dad for abandoning me. You see son, I learned that I was a sinner too and made bad mistakes.  He showed me the truth that God sees all people as being valuable and loved by our Heavenly Father.  My Mentor Father showed me that I was not a mistake, or garbage that needed to thrown out, but rather I was created with a glorious purpose.  These pictures show the journey Jon and I took together as I learned to see myself as God does, priceless. During that journey I learned to forgive my dad for all the hurts, anger, loneliness… everything. Jon helped to change my life.”

“Does it still hurt daddy?”

“Sometimes, but I know that God loves me. I know that God is my Heavenly Father and has adopted me as His son.  These pictures just don’t remind me of all the good times we had, but that a godly man cared enough to make an intentional commitment into my life.  It helped me so much during those tough years not to give up.  He gave me hope.” 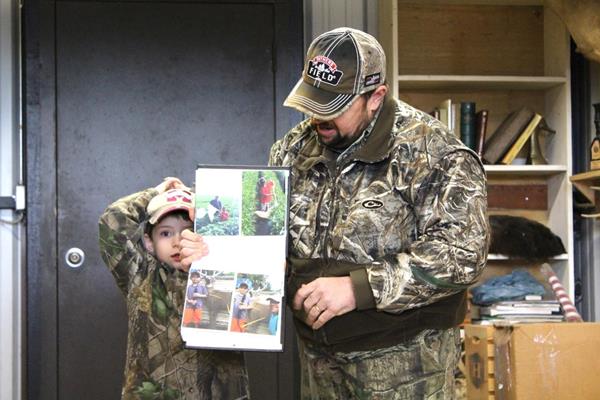 “Why are you crying?”

“I was just thinking about how much I miss Jon and how grateful I am for his willingness to be there for me. Jon sacrificed his time and energy to help me find forgiveness. He helped me to become the man God intended me to be.”

While this story is fictional, it illustrates the hundreds of stories of redemption and the impact Fathers in the Field is having across this country. It also emphasizes the importance of the ‘photo albums’ that a Mentor Father gives his Field Buddy at the Year-end Celebration during their Rite of Passage Journey event. These albums serve to remind a boy of the commitment made to him by his Mentor Father and his Church family.

Hundreds of boys will receive albums like those seen here, but there are millions more who will never receive that blessing. You can help change that, STEP-UP and help these boys find the Love and Forgiveness of our Heavenly Father and the healing that comes through the intentional commitment of Godly men.

Contact us today and help change the life of the fatherless boys in your community!