January 13, 2016 Defending the Cause: When Grief and Abandonment Collide 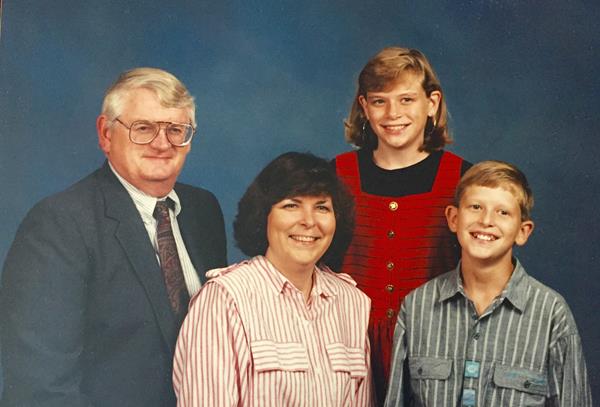 Chris Drewry (Bakersfield, CA) is a supporter of Fathers in the Field and an active advocate for the fatherless. The picture to the right is Chris, his father, mother and sister.

“I called 911, my mother and sister performed CPR, but we couldn’t save him.”

Prior to his father’s death Chris lived what he termed as a “normal life.” His father was actively involved in every aspect of Chris’s life. They did Boy Scouts together, his dad went to his sporting events and his father took them to church regularly. With his father gone these activities brought more pain than pleasure and one by one began to drop by the wayside. Chris started to feel awkward at events where his friends’ fathers were present, because his father would never be there.

The dream of fatherless boys that their dad will one day return and be relevant in their lives isn’t the dream of a fatherless boy whose father has died. Their father is gone forever. When they are young they blame God for taking their father. As they grow older they are left asking themselves who will lead them into manhood; struggling with forgiving a father who didn’t voluntarily leave, yet still feeling abandoned and angry. This anger slowly shifts towards their fathers as they wonder what he could have done differently. What he could have changed so that he didn’t die, so he didn’t abandon them.

As the years passed Chris hid the hurt and anger of losing his dad so that no one would see his anguish. He kept up the appearance that all was well so that no one would see him as weak or as less a man than his father. It was during this time that God provided a mentor named Wayne. Wayne’s took Chris under his wing and demonstrated what it means to live the Christian life.

Chris recalls that “Wayne always talked about the importance of Christ and church, but didn’t stop there. His life was truly Christ centered, he modeled the Christian life in word and deed. Wayne took the time to listen, teach and guide me through the toughest time of my life. I knew Wayne always cared for my well-being and my success as a Christian. Here was a man who always cared for me, even though he didn’t have to. I could always talk to him because I knew he cared for me.”

Fathers in the Field has the Mentor Father commit to four intentional times of contact each month with their Field Buddy, knowing that the boy needs to recognize that this man is here for him. For a young man to say, “My Mentor Father cares about me. I can brag to him about my father without fear of hurting our relationship. I can confide in him about my fears, my grief and my anger and he won’t run away. He will carry my burdens with me.” This same commitment allows a Mentor Father to speak the truth of the Gospel to his Field Buddy, knowing the boy will listen because of his commitment. It allows him to teach the boy about how to forgive God for taking His father and his earthly father for leaving. 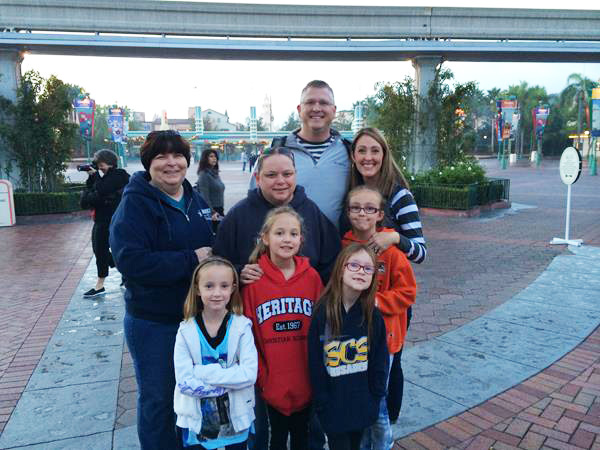 Without Christian men to lead, teach and guide them the vast majority of fatherless boys slowly self-destruct. The pain and anguish become too much for many of them and they end their own lives through drugs, alcohol, crime or suicide. There are more than 25 million fatherless children in our beautiful country who are suffering, in need of people like Wayne. Men who are willing to set aside their personal agendas to help boys who need a man to show them the love of our Heavenly Father.

With his own experience in mind, Chris urges Christians to stand in the gap for the fatherless. “You may never see the impact that you have on the life of a fatherless boy, but when he becomes a man he will look back with joy that a man sacrificed time for him. He will be indebted for the little bit of normalcy he got as a child.”

What about you? Will you make the sacrifice of time or finances to help a fatherless boy? Here is your opportunity to become a Mentor Father, financial supporter or regional missionary with Fathers in the Field. We look forward to hearing from you.