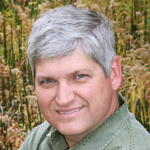 Somewhere deep in the backwoods of Appalachia, in the poverty-stricken hollers of Kentucky where children are abandoned because their families are just too poor to provide for them, Scott MacNaughton developed a passion for the fatherless. “I spent the most formative years of my life in a children’s home for kids from broken homes,” recalls Scott, the son of Christian missionaries who ran the home. He was just a boy himself. But in those early years, God began forming in him a heart for abandoned children that would one day bring comfort and hope to boys across America.

Scott looks back on those early years with great fondness as he recalls his mom, a devoted housewife and mother, and his dad, a Presbyterian minister and father to the fatherless. “I was proud that he was a father to all of those kids,” says Scott who had five biological brothers along with dozens of foster siblings. Occasionally, sharing his parents with 50 other kids in the home promoted feelings of jealousy. But most of the time, Scott had a profound sense of joy, community, purpose, and pride. “My dad was not only my pastor, provider, and protector. He was my hero. He rescued all of those kids who didn’t have dads of their own.”

Through the eyes of a child, it was an idyllic life—a faithful mom and dad who loved one another and had enough love for their own kids as well as for dozens of other children. Sadly, unbeknownst to Scott, a seed of deception and bitterness had taken root deep within his hero dad’s heart. Within a few years, it would grow into the nightmare Scott never imagined encountering himself—fatherly abandonment.

“This is not theoretical ministry for me. It is my real-life experience,” says Scott, whose dream for an outdoor adventure ministry to fatherless boys was born out of the abandonment by his own father whom he trusted and loved.

It happened at the worst possible time in boy’s life, when he was transitioning from childhood to manhood. When Scott was 14, his dad accepted a pastorate in Lander, Wyoming, and the family headed west. “My life was great during my high school years in Wyoming. I was a normal, healthy, well-adjusted teenager,” says Scott. “Unlike a lot of my friends, my parents were together. And I got to spend a lot of time with my dad hunting, ranching, and farming. Those were very enjoyable years. He was still my hero.”

But all was not as it seemed. For reasons that Scott still does not fully understand, his dad became involved with another woman and abandoned both his family and the pulpit. “It was an earth-shattering reality to see him go from hero to human,” remembers Scott, who, decades later, still winces at his father’s betrayal. Scott was a young adult at the time, but his maturity did not lessen the pain. In that moment he not only lost his father. He lost his pastor and hero.

Just as the seed of deception took root deep within his dad’s heart, the wound of abandonment now festered deep within Scott’s heart. “I’m thankful that my dad was in my home growing up. But ultimately, he still abandoned me. And it doesn’t matter when that happens. That always leaves a wound that requires healing and forgiveness.”

Scott’s path to forgiveness started in college, when God gave him the idea for an outdoor adventure ministry that would introduce abandoned boys to their Father in Heaven who promises to never leave or forsake them. Years later, while pastoring in the very pulpit in Lander, Wyoming that his dad abandoned, Scott befriended a man named John Smithbaker who was also learning how to forgive the father who abandoned him. The two realized that God had given them the same ministry vision for fatherless boys. Fathers in the Field was born.

“John and I both realized that wounds of abandonment don’t have to be continually oozing,” says Scott. “They can be healed but they will leave scars. How we allow God to use those scars is our choice. The Bible tells us that Christ’s wounds will never be healed. They will always serve as evidence of His sacrifice for us so that we don’t have to live in darkness. I want my abandonment scar to have purpose as well.”

He has found that purpose as Co-Founder and Vice President of Fathers in the Field, a role that takes him across the U.S. to raise awareness about the issue of father abandonment and the ministry of Fathers in the Field. He also serves as a Mentor Father to a boy named Masen, who just last year accepted Jesus Christ as his Savior and has started his own journey of forgiveness with his earthly dad.

Today, Scott has an amicable relationship with his dad, who recently repented and was restored to fellowship in the church. In fact, Scott had the privilege of serving his dad communion on that first Sunday that he came back. Scott has yet to hear his dad say, “I’m sorry, son.” Disappointing as that is, Scott realizes that that enables him to better relate to abandoned boys. “A lot of these boys we deal with will never hear their dad apologize for leaving them. Forgiveness can’t be based on that. We have to keep looking back to Jesus for His healing forgiveness. We have to say, ‘I am ready and willing to forgive and that forgiveness can only come from Jesus’ forgiveness of me.’”

As he tells Masen and other abandoned boys (and men) who he meets, “It’s a process that may never be fully complete in this life. But it does not have to define or control you. Through forgiveness of your dad, you can find freedom from malice, bitterness, anger. What a relief it is when all of that junk is replaced with mercy.”