“We are giving abandoned boys the Father/Son outdoor experience they’ve never had, and in doing so we introduce them to the true hope that comes only through the love of Christ and an adventure that can only be found in God's great outdoors.”

The first four decades of John’s storyline reads like most men’s. He fought hard in his quest for peace and contentment through success, financial gain and accomplishments. And, like many people today, he came from a broken home. There was a break in the cup. It didn’t matter how hard and fast John tried to fill it up.

He built a distinguished career as CEO of Brunton Group, a leading manufacturer of outdoor adventure products. During his 15-year tenure, John adeptly led the expansion of the Wyoming-based company, received accolades for bringing jobs back to Wyoming from overseas and garnered awards for his leadership and innovative product development.

As an avid outdoorsman working in the industry, it was a perfect intersect of John’s passions and pursuits. Although he held the reigns of an international conglomerate, but couldn’t get a grip on his insatiable longing to reconcile the pain, rejection and lack of approval from a father that deserted his family.

John endlessly struggled to make sense of his father choosing to leave the family when his mom was pregnant with him and his sister was three-years-old. The consequences of his father giving up his role as pastor, provider and protector of the family wreaked havoc in John’s boyhood and manhood. Outwardly, his success was envious, but inwardly, his struggles were not. He desperately wanted to leave the bitterness and anger behind and learn to forgive. It took until his 40th year.

That milestone year, John stopped chasing temporal things and embraced God’s eternal truth about love and forgiveness for the first time. While driving a dark, dirt road near his home in Lander, WY in 2002, John cried out to God. Over time and by God’s grace, John began to heal from deep wounds inflicted by his father’s absence. Exhaustion and frustration gave way to fulfillment and the assurance of God the Father’s abiding love.

In 2005, John launched Fathers in the Field to share God’s love with hurting boys dealing with the same abandonment issues he dealt with for so long. His goal is to help prevent the devastating cycle of earthy father abandonment before these boys become men by sharing their Heavenly Father’s staying power, forgiveness and faithfulness.

Seven years of balancing CEO and the growing demands of a National Ministry, God began to prompt John to lean into Him and submit to His calling. After some spiritual wrestling matches with God, John joyously surrendered knowing he was doing the right thing for all the right reasons. In the fall of 2012, John resigned from Brunton Outdoor to focus full-time on Fathers in the Field’s outreach to some of the 13 million fatherless boys in the United States.

Since then, Smithbaker has become an author, speaker, mentor, major media resource, and a trusted advisor to pastors and Christian leaders across the country. The Lord is using his story and committed resolve as a national voice for the fatherless to launch this Great American Rescue Mission. These focused efforts address the #1 societal issue in our nation, ignite a spiritual revival in and through the local church, and will end the generational cycle of fatherlessness through the Fathers in the Field ministry.

John’s desire is to be a catalyst for the Kingdom by “defending the cause of the fatherless.” He knows he cannot be compassionate from a distance. John’s all in, ready to roll up his sleeves and get to work encouraging the church and men to make a stand for the fatherless in their community. 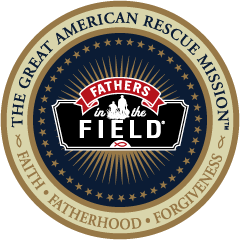 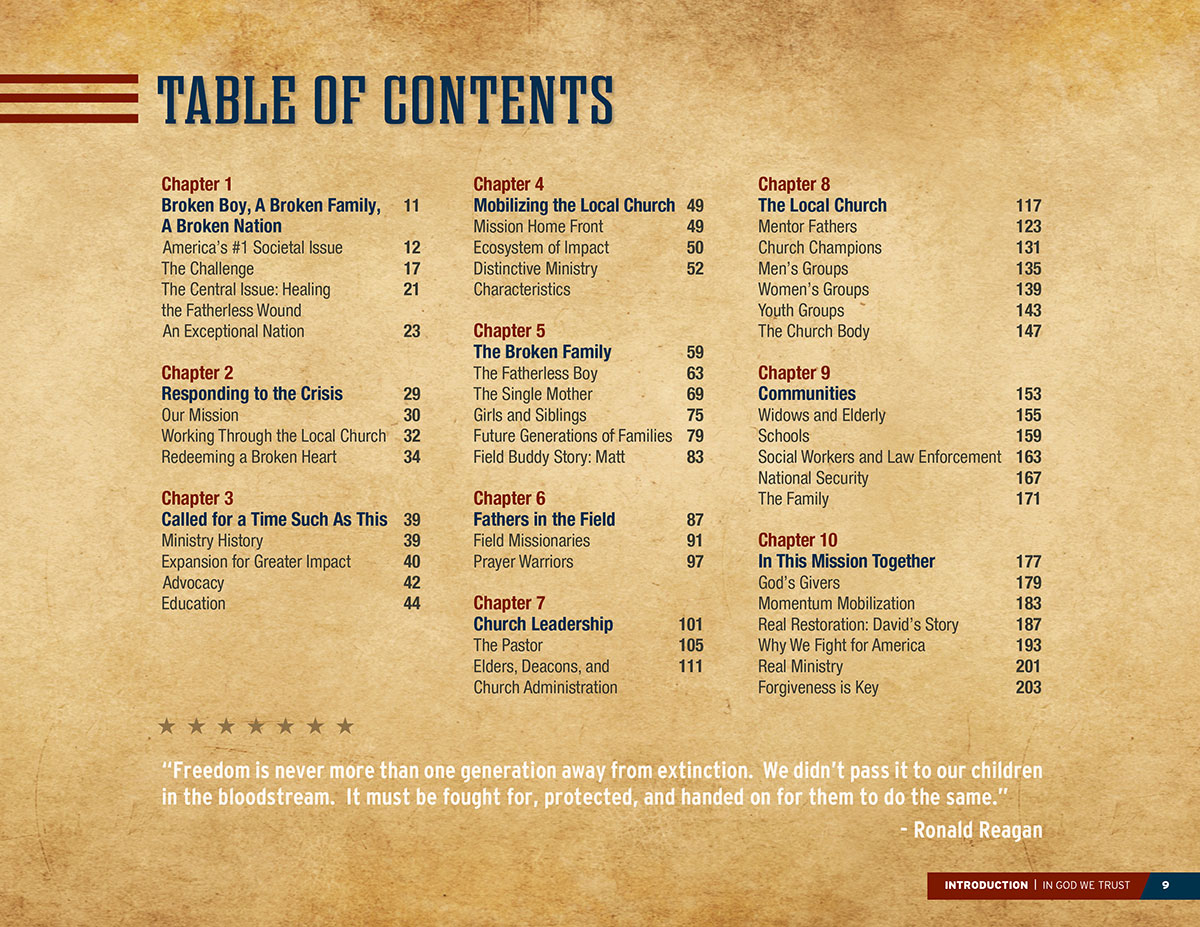 An Ecosystem of Impact 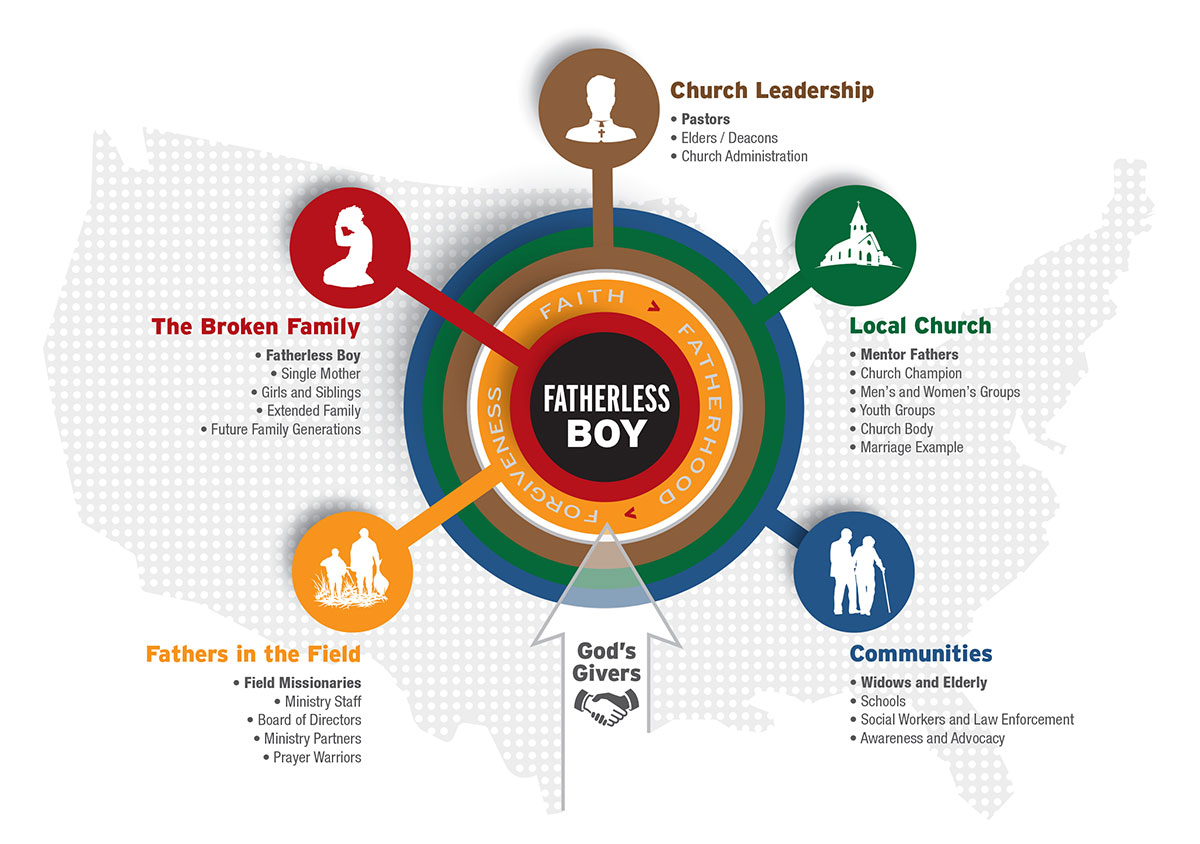 Please enter your name and email to get a link to download the book.